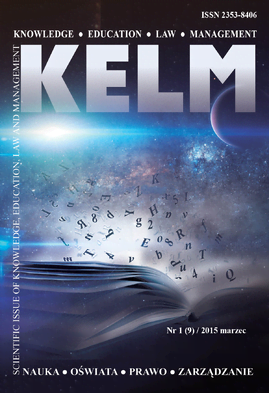 Summary/Abstract: In the article the analysis of scientific research on issues relating to application in Ukraine of short trips abroad sentenced colonies, which are defined on the basis of theoretical and applied problems to be resolved on the merits and determine the need for more active development at their monographs and dissertations. At research institute short-term trips outside the penitentiary advisable to pay attention to the experience of other countries. This predetermined pressing needs as solving existing in the application of the said institution problems will be more effective in terms of summarizing the experience of taking legal decisions in this area countries that have similar growth rates or state associations to which Ukraine intends to join. As noted on this occasion M. Ansel, familiarity with foreign law opens new horizons to the lawyer allows him to get to know his country's right as the specific features of this law are especially noticeable in comparison with other countries. Comparison able to equip lawyer ideas and arguments that can not be obtained even with a good knowledge of only its own right. The experience of other countries can demonstrate inefficiency (or vice versa efficiency) improvement of individual efforts in the execution of sentences and get rid of the mistakes of national practice. Before the collapse of the Soviet Union provisions on short visits prisoners outside the colonies repeated uniformly in all TCI Soviet republics. Common traditions and similarity of economic and socio-political conditions of the former Soviet Union, which gave rise to the initial requirements and installation legislator, led to the almost monotonous practice of the said institution, but the approach embodied in the legislation of these countries are not identical.