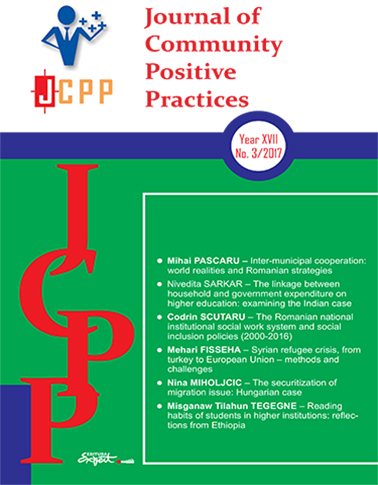 Summary/Abstract: Since the commencement of the Syrian Civil War in 2011, hundreds of thousands of Syrians have fled their country for safety. Turkey has been the most boosterish neighbouring state to the refugees and currently hosts more than 2.7 million of them. However, Turkey and few other adjoining states, with the support of international humanitarian agencies are currently overpowered by the refugee influx; that has precipitated an international refugee crisis. From Turkey, most of the refugees migrated to Greece, Italy and other European Union (EU) states. The growing onward Syrian refugee migration has also overwhelmed several EU states. This paper critically investigates and examines strategies used by Turkey and the EU in addressing the refugee influx, and providing the refugees with rapid humanitarian assistance. In doing this, it looks at how and why Turkey became a migration route of the refugees to Europe; the effects of the crisis on Turkey; and the controversial EU-Turkey refugee-swap-deal. It critically analyzes the challenges faced by Turkey and the EU in addressing the crisis. Finally, this paper offers coherent and comprehensible strategies for tackling the refugee crisis.