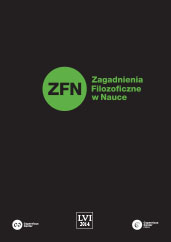 Summary/Abstract: The goal of the paper is to describe the role and structure of nonfoundational reasoning, i.e. a kind of argumentation that meets the revisability, the feedback, the background stability and the disputability conditions. I begin by observing that any nonfoundational reasoning has two components: the deductive and the hermeneutic. Next, against the background of Gadamer’s insightful, although somewhat vague, observations I attempt to uncover aspects of the hermeneutic component. I then proceed to reconstruct nonfoundational argumentation with the help of formal theory of belief revision, defeasible logic, and logical conception of coherence. Finally, I argue that nonfoundational reasoning is the backbone of both scientific endeavours and philosophical inquiry.