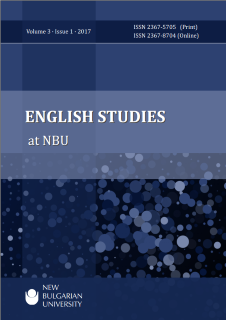 Summary/Abstract: The paper explores the revolutionary spirit of literary works of two Romantic poets: George Gordon Byron and Percy Bysshe Shelley. In the period of conservative early 19th century English society that held high regard for propriety, tradition, decorum, conventions and institutionalized religion, the two poets’ multi-layered rebellious and subversive writing and thinking instigated public uproar and elitist outrage, threatening to undermine traditional concepts and practices. Acting as precursors to new era notions and liberties, their opuses present literary voices of protest against 19th century social, religious, moral and literary conventions. Their revolutionary and non-conformist methods and ideas are discussed and analyzed in this paper through three works of theirs: Byron’s The Vision of Judgement and Childe Harold’s Pilgrimage and Shelley’s Prometheus Unbound.