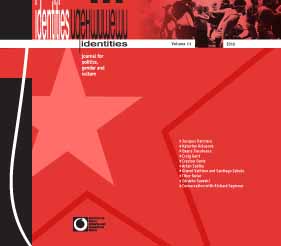 Summary/Abstract: My claim here is that there is no exit from metaphysics. We are metaphysical creatures inasmuch as we are material, the latter always already inviting the former. However, an exit from the disciplining and hallucinatory grasp of philosophical metaphysics or from philosophy is possible, as both Marx and Laruelle have shown. The effects of such exit will not only be intellectual or academic, but also social. Philosophical decisionism in an absolute form is the essence of capitalist economy and politics, and I will try to demonstrate this further on. Nonetheless, the ideas of political system or the possibilities of thinkable political horizons remain or become ever more detached from the economic logic of the liberal, pseudo-materialistic and individualist philosophy of exploitation through alienation called capitalism. If “giving up our abstractions” (Marx) is the central and most important task of the science Marx invents and attempts to institute, then, I would argue, the follow up task should be to emancipate the metaphysics that is the object of that science from the authority of philosophy. It is the primitive and radical metaphysics of the inevitable gesture of mediating the immediate real that ought to be salvaged through non-philosophical, scientific operation with the chôra of metaphysical thought. Economic emancipation and other important forms of social emancipation would only follow consequentially. I would sum up Marx’s project as follows: its central task is to overcome the underlying and essentially philosophical alienation which enables the dichotomies of state politics and civil society, of the “spiritual” or religion and the secular, of “use value” and “surplus value.” Finally, the task of Marxist science is to serve to a political struggle which seeks to overcome the phantomal existence shaped by wage labor and surplus value. The universe ruled by surplus value is guided by the impulse to suffocate real life and its material grounding represented as use value.