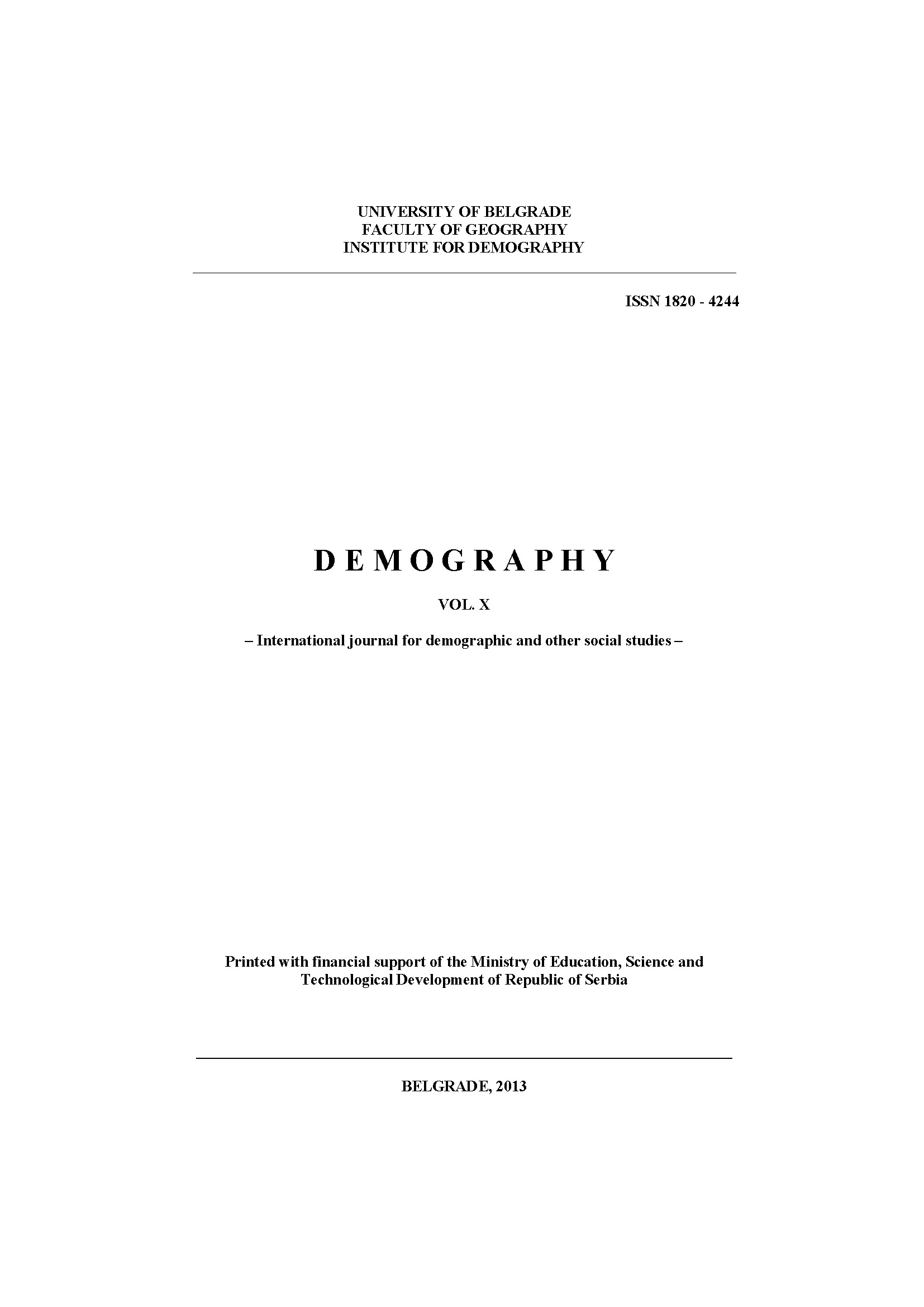 Summary/Abstract: The aim of this paper is to investigate fertility levels and changes in reproductive behavior of the population in urban and other settlements in Serbia. The fact is that there are significant differences in the level of actual fertility, depending on their place of residence. Therefore, the analysis included a long series of statistical data fertility by type of settlements for the period after the Second World War, with the idea to establish the extent to which different socio-historical circumstances and directions of development influenced the different reproductive behavior between studied populations. It started with the assumption that such a comparative approach research fertility can contribute to a better understanding of the many factors that affect the fertility level. Disproportions arising under certain regularities can be more clearly understood through an analysis of the achieved level of fertility among different population groups. What characterizes the analyzed time period is continuous decline in fertility. Today in Serbia (excluding Kosovo and Metohija) the total fertility rate is far below the level needed for generation replacement.