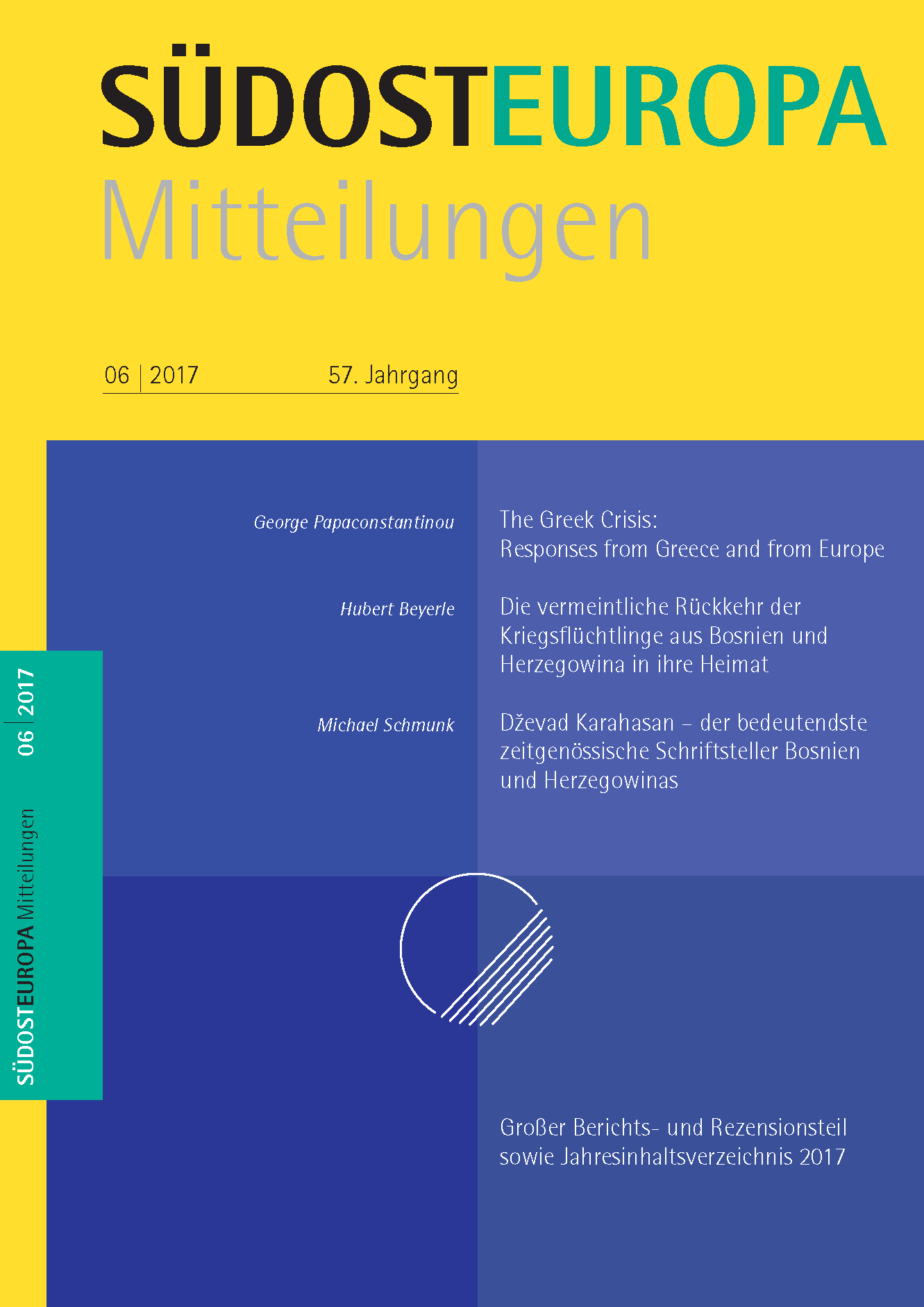 Summary/Abstract: Do refugees from war or civil war return after the end of the crisis they escaped from? This issuggested by many current statements of politicians and journalists. But the reality is morecomplex.The case of the refugees after the war in Bosnia-Hercegovina in 1992-1995 is a telling one.Return, in particular minority return, was understood as an essential element in the Bosnianpost-war order. Even if some figures suggest significant refugee returns in the war’s aftermath,the overall and long-term numbers provided by German, UN, and Bosnian population statisticsshow that there has not been a substantial return of Bosnians to their homeland after the endof the conflict.In the long run, the trend has rather been the opposite. The refugee wave of the 1990s can beseen as part of a wider trend of world-wide emigration of Bosnians. The new concept of „mixedmigration“ seems to be a useful approach to characterize this development.