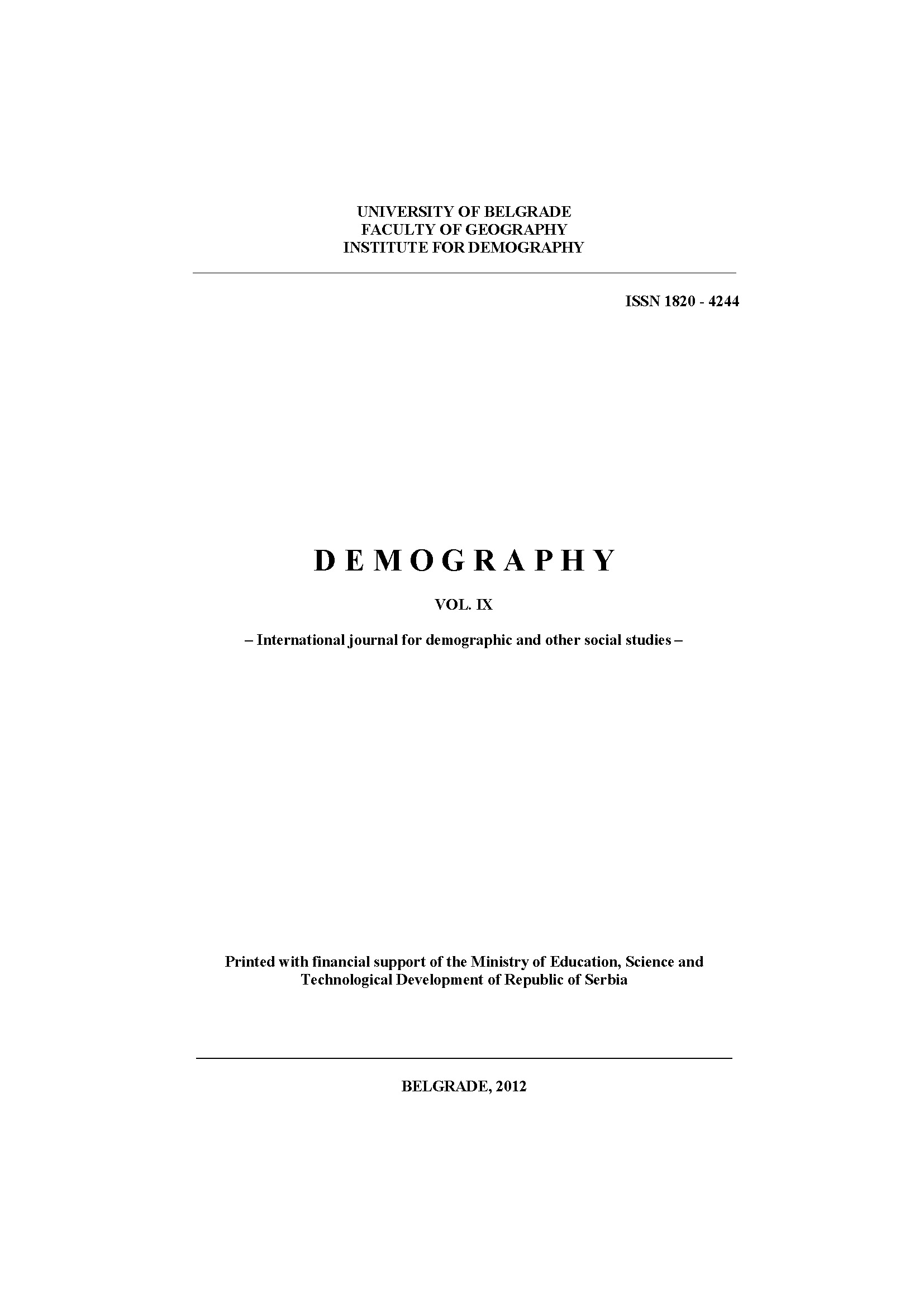 Summary/Abstract: By the first preliminary results, Serbia had a population of 7.1 million, which, according to the Serbian Statistical Office, constitutes a decrease of 377 thousand persons compared to the size of the population at the time of 2002 Census. However, given the different definitions of total population (with or without persons abroad who have been outside of the country for less than a year, and further, with or without the internally displaced persons from Kosovo and Metohija), this comparison of the initial results of 2011 Census and the final results of 2002 Census is methodologically unsound, leading to incorrect conclusions about the change of the population size between the two censuses. In this paper, we analyze the changes in population size for the intercensal period 2002-2011 based on comparable data from the 2002 and 2011 Censuses, which allows for more accurate understanding of depopulation of Serbia and the immediate demographic causes of this depopulation. According to the authors, Serbia's population (in country) in fact decreased by 424 thousand persons. The analysis concerns all territory levels, according to the administrative and territorial distribution which has come valid on 1 July 2011, and according the Nomenclature of Statistical Territorial Units (statistical regions, districts/areas, municipalities, settlements).