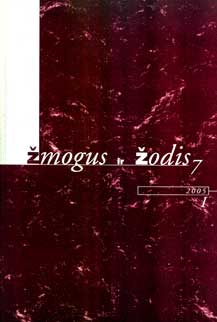 Summary/Abstract: The author explores verbs and the system of verb forms in texts written in the NTcgale dialect. The investigation indicates that the responses having to do to a large degree with the elderly age group of responders are rich in ancient verb forms, but the language of the younger generation can be characterised by the use of forms typical in Standard Latvian. We noticed a lot of Russian words, which were Latvianised or just simply transferred into the Latvian language. As a result, new forms of verbs appeared. In our research, we have grouped these verbs according to root groups. Words used by the representatives of a dialect are compared with words used in the Latvian Language as well as with other dialects. We have analysed the frequency of using certain verb forms, the age of the responders, their occupation and other factors. It was discovered that due to the influence of Standard Latvian the stability of facts had been preserved. The NTcgale dialect, being one of the oldest, indicates that several characteristic verb forms have been preserved. Besides to the table facts, we have noticed peculiarities of verbs, which have changed, becoming similar to verb forms used in Standard Latvian, what we call innovations.