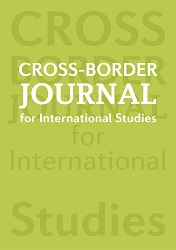 Summary/Abstract: The weight of the Republic of Moldova on the international stage, including the European segment, is practically insignificant, but, because of its current geopolitical situation and of its status as a supplier of regional insecurity, this country has caught the attention of the great powers, which perceive it as part of a geostrategic game, a situation which generates an imminent impact on national security. Because of its reduced geopolitical potential, the Republic of Moldova is treated by the international actors as a small state/ simultaneously dependent on the fluctuations of the geostrategic interests of the great powers, with national security constantly requesting a pragmatic approach as well as a diplomatic-political approach.