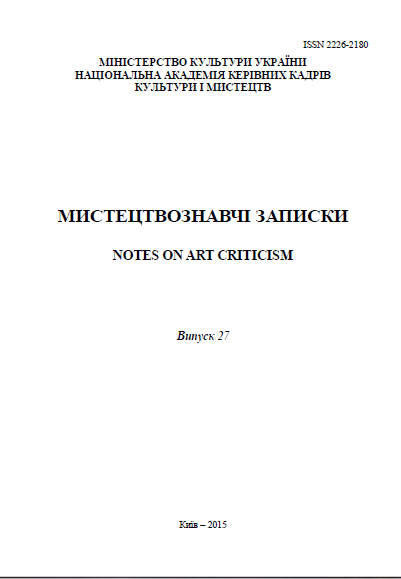 Summary/Abstract: Art of Castrato singers – people who have deliberately modified bodies – until recently was a tabooed topic in local musicology. At the same time, the understanding of the development of European baroque and classical opera without their contributions is not only incomplete, but largely deformed because from 1590 to 1798 in the cradle of opera – Italy (in the Papa State) – women were officially banned from performing on stage. Consequently, all the female parts were performed by castrati. This article in terms of an intermedia approach examines the realities of European opera culture that became the feature material of the novel by Anne Rice "Cry to Heaven" (1982), as well as their interpretation by the contemporary American writer. Contemporary American novelist Anne Rice is known to the public primarily through his texts about vampires and witches – eleven novels form a series of "Vampire Chronicles" (1976- 2014), three novels – the series "Meyfeyrski Witch" (1990-1994), two novels – series "New Vampire Chronicles" (1998-1999). Her debut work "Interview with the Vampire" (1976) became the basis of the same movie Irish director Neil Jordan with Brad Pitt and Tom Cruise starring (1994), bringing the author the deserved popularity and reputation as one of the leaders of modern gothic novel.