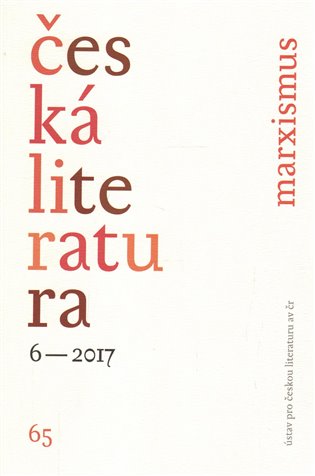 Bedřich Václavek between literature and folklore

Summary/Abstract: This study attempts to reconstruct key elements in the thought of literary critic and folklorist Bedřich Václavek. Václavek is generally recognized as a prominent figure in interwar literary development and as a researcher who examined genres of popular tradition that had previously eluded scholarly attention. Yet his thought is not well known as a synthetic whole. The reception of his work is divided into two separate fields, and interpreters have paid little attention to the importance of his folkloristic work on his understanding of literature, and to the importance of his literary theory on his understanding of folklore. Václavek’s work as a whole remains little known. Nevertheless, Václavek dealt with parallel issues in his two main fields, elaborating complementary conceptual frameworks, each of which contributed to the originality of the other. If we view Václavek only as a literary critic, we may see him as a figure who voiced and confronted crucial challenges of his times, but who does not particularly stand out from among the many other critics of his day who made similar attempts to bridge the experimental literary ambitions of the avant-garde and the social objectives of those political movements that the avant-garde most frequently embraced. And if we view Václavek only as a folklorist, we may see him as a careful scholar who contributed to the development of his discipline, but who did not go beyond its boundaries to lay out the more general social importance of this work. It is only when we look at Václavek’s work in its entirety that we perceive the conceptual innovation he brought to literary criticism from folklore studies, as well as the social importance acquired by folklore studies when it is connected to the overall aesthetic expression of the people in society. What emerges from a synthetic reconstruction of Václavek’s thought is his systematic attempt to explain the concept of “people” and its role in aesthetic development, both in the literary sphere and in the sphere of oral tradition — and (perhaps even more importantly for Václavek) in the space between the written and the spoken word, where literature and folklore meet and general “culture” emerges from this fusion.