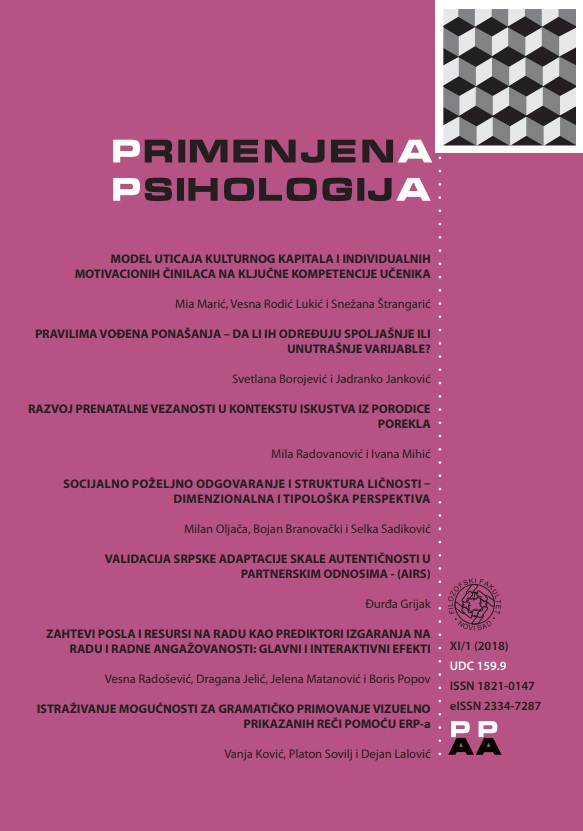 Summary/Abstract: This study analyses the linkage between authoritarianism and three indicators that describe one’s general cognitive orientation towards the world of politics: political knowledge, general interest in politics, and interest in the election campaign. Individuals high in authoritarianism are hypothesized to be less politically competent and less interested in politics, due to their resistance to adopting new information and to changing the adopted beliefs. This hypothesis is based on the classical description of the authoritarian personality, but it has not been adequately empirically verified yet. The data are taken from a post-election public opinion survey conducted in 2012 after the presidential and parliamentary elections, on a random sample of voting age citizens of Serbia (N = 1568). The results show that authoritarianism and the level of political knowledge are significantly and negatively correlated, even after controlling for the basic sociodemographic variables. The intensity of political interest is not significantly correlated with authoritarianism. Additional comparison of the misinformed and uninformed groups (those who provided incorrect answers, and those who answered “don’t know”, respectively) did not support the view that authoritarian persons are more inclined to erroneously guess an answer than to simply say “don’t know”. The study concludes that the association between political knowledge and authoritarianism is based on deeper psychological roots, while the (lack of) association with political interest is likely to be con-text-dependent.