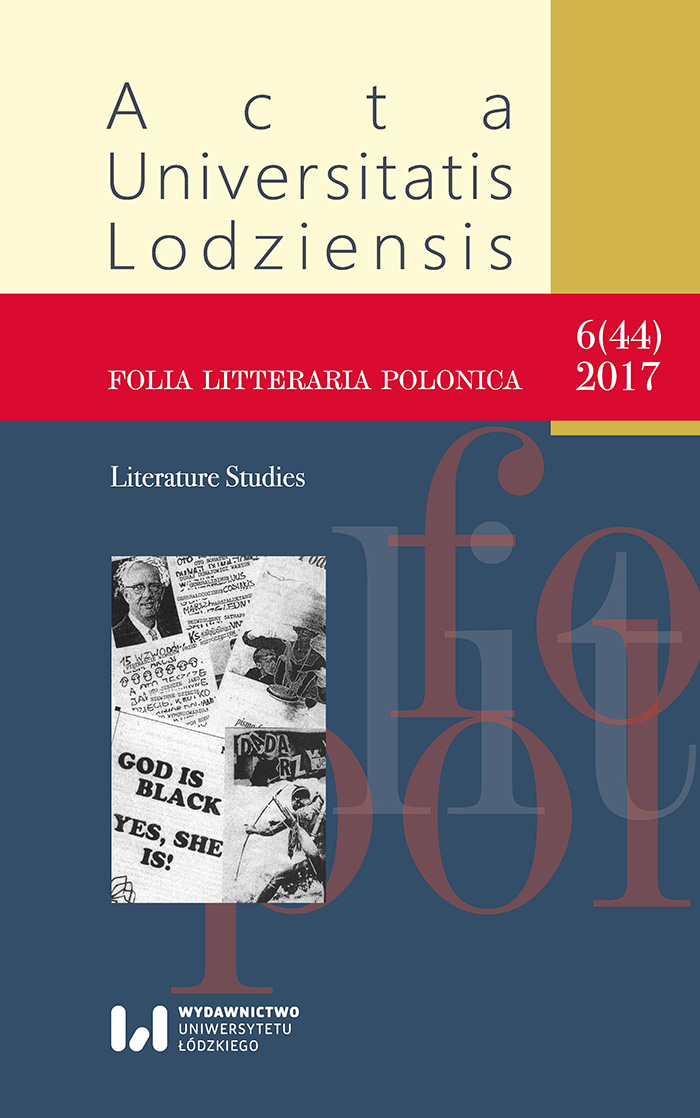 Summary/Abstract: The author of the article attempts to recreate the famous staging of Dziady directed by Kazimierz Dejmek, in order to demystify the spectacle. The performance is analysed in terms of art, taking into account the political situation (March 1968). In order to establish the facts, the author uses an assistant’s script, the recollections of the witnesses of the release of Dziady and fragments of the performance. The reconstruction of the staging enabled the researcher to conclude that it was artistically valuable, but it was the political situation at the time that played the most important role in popularising that interpretation of the drama.