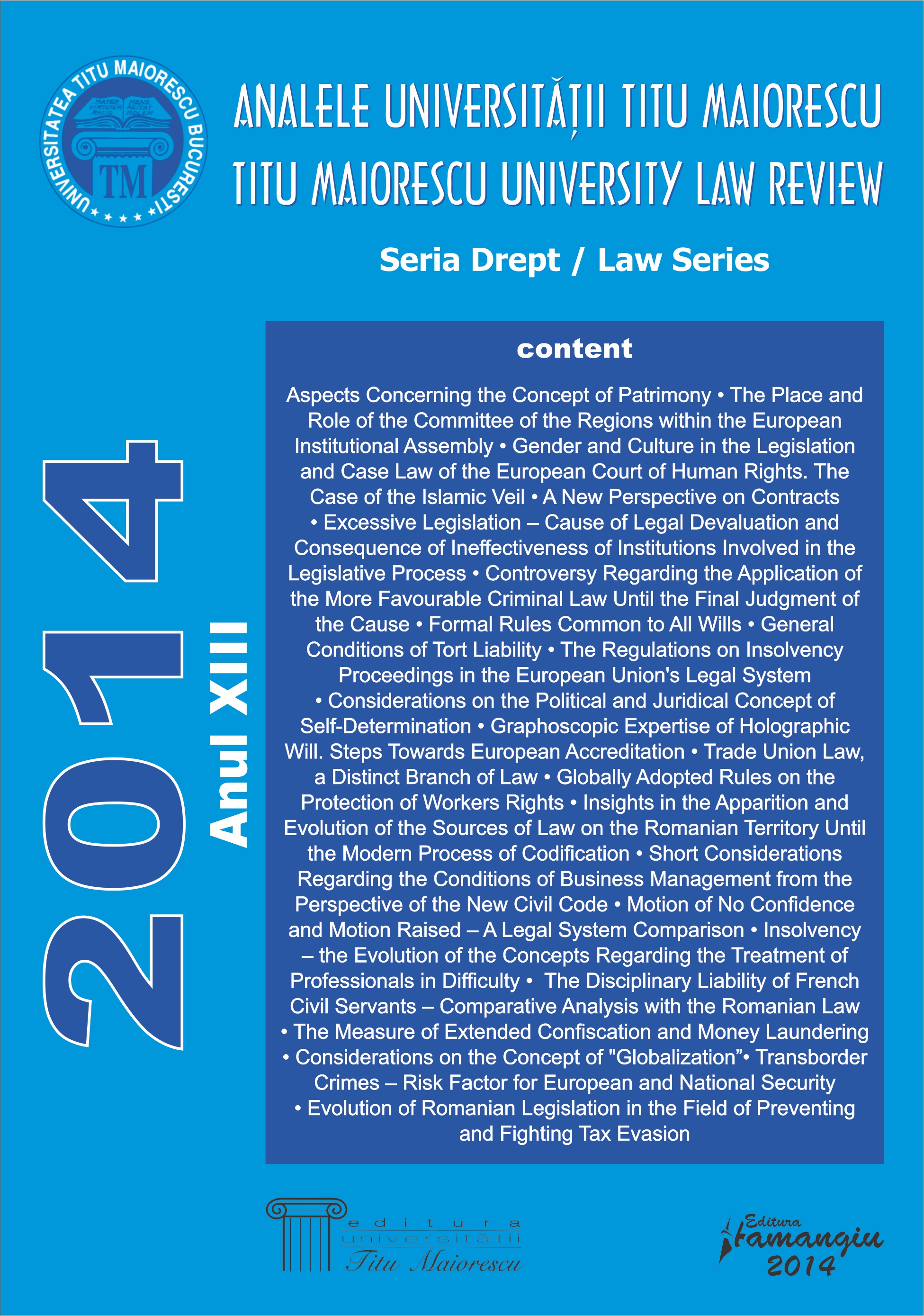 Summary/Abstract: The bankruptcy procedure is not a creation of modern legislation, but the result of a process of adaptation of the right to the reality of time, of an evolutionary process that begins with ancient Roman law and still continues at a faster pace than ever.The crystallization of bankruptcy meant a diversification of the terminology. On the one hand the modern law distinguishes several types of procedures depending on the seriousness of the debtor`s situation, distinction which operates at the terminology level: liquidation by the Court, reorganization, bankruptcy.In the last two decades, a lot of specialists in commercial law, as well as economists interested in the legal framework of the economic processes were directed to analyze the concept of bankruptcy. This analysis has resulted in a significant number of papers focused on the functionality of bankruptcy procedures and on the reform process of insolvency.