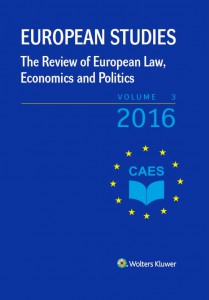 Summary/Abstract: Essay explores the legal possibility of creation of unified armed forces of the European Union. Essay analysis the possibility from the point of view of EU constitutional law. Primary focus of essay is the competence of EU. First, a question of division of powers between the EU and Member States is addressed. Second, a question of concrete legal basis for exercise of the determined power is addressed. As a secondary problem, essay explores the question of sovereignty of Member States and whether it would be infringed. Essay gives arguments why creation of unified European Union armed forces is legal and why it does not infringe the Member States’ sovereignty.