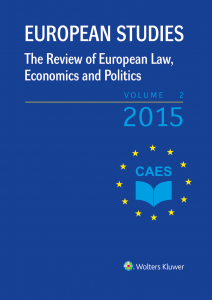 Summary/Abstract: The foreign trade and investment flows between the European Union (EU) and the United States of America (USA) represent the biggest bilateral cooperation in the world. However, the economic and trade relations of these countries have not confirmed until now any preferential agreement that would enable to carry out these bilateral relations on a more favourable base than the multilateral trade cooperation based on the Most-favoured nation clause in the World Trade Organization (WTO). Although the idea about the creation of the Transatlantic Free Trade Area (TAFTA) was already open earlier, the EU-US negotiations about the creation of the Transatlantic Trade and Investment Partnership (TTIP) have only been managed since July 2013. The paper is focused on the current EU-US negotiations about TTIP and displays the development of trade and investment flows between the EU and US in the period of 2001 to 2012.