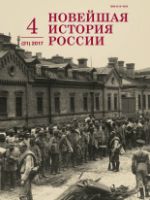 Summary/Abstract: In the article the author analyses the use of foreign tourism as one of instruments of public diplomacy directed to promoting of the Soviet project abroad during the Cold War. The main mission of foreign tourism of the post-war period has kept continuity with the pre-war period; however it was implemented in the conditions of a repeated increase in tourist streams. It was necessary not only to involve foreigners in travel across the USSR, but also to convince them of absolute advantage of the socialist system and Soviet way of life. Then positive guests’ responses must be recorded to provide their maximum information resonance. “Intourist” was the main coordinator of the Soviet “techniques of hospitality” (P.Hollander) in relation to foreign tourists in the 1950–1980s and it closely interacted with various government institutions and public organizations. For drawing attention to travel to the USSR exhibitions, festivals, trips of the famous writers, journalists, artists, athletes were used. But in the conditions of informational opposition with the West, the Soviet Union had no opportunity to provide mass positive reviews about these trips in capitalist mass media, thus reducing the possibility of influence on public opinion abroad. In the activity of “Intourist”, advertising tourist services and promotion of the Soviet Union were inseparably linked, which allows one to consider this organization in the context of public diplomacy. In the West, however, for this reason the logic of the Cold War prompted negative estimates and restrictions complicating the performance of “Intourist’s” external ideological mission.