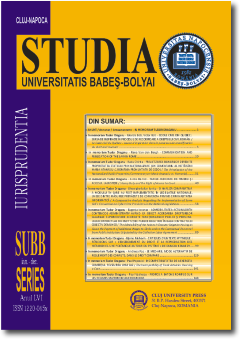 Summary/Abstract: Gifts from the insane parent’s property – a historical perspective. In the post-classical Roman legal system, the paternal consent was still mandatory for the legitimacy of a marriage. The parent was also obliged by the Justinian law, to constitute a dowry to his daughter or an ante-nuptial donation for his son. However, what would happen if he went insane? An insane person could not consent either to the marriage, either to the donations that accompanied the legal union between husband and wife because he was considered without any will. Justinian intervened and permitted those marriages and the constitution of dowries and ante-nuptial donations, without paternal consent. He gave a constitution that permitted the family and the legal guardian of the insane to act on behalf of the insane parent, under the supervision of a Roman magistrate. That legal measure was used to justify and legitimate a similar legal measure, inserted into the French Civil code of 1804. The same disposition was imported from the French legislation and implemented by the Romanian Civil code of 1864. It has also reverberated in a Romanian civil code of 1939 (never into force). In this article, we will try to prove the harmonizing aspect of the Justinian constitution and the unlikely rebirth of a comparable legal measure in the modern era.