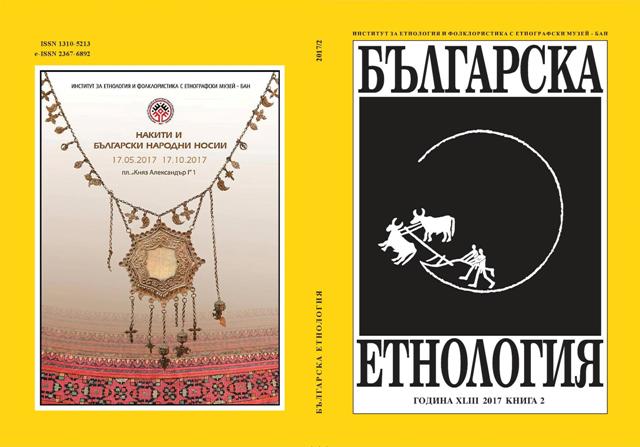 Между писмената и устната история: преселването на турците от България към Турция през 1950–1951 г.
Between Written and Oral History: the Migration of the Turks from Bulgaria to Turkey from 1950 to 1951

Summary/Abstract: The migrations of the Turks from Bulgaria to Turkey in the 20th century are subject of broad academic and pubic discussions; the greatest attention is paid to the last wave of migration of 1989. The article directs the attention further back in the history, to the period from 1950 to 1951 when the Bulgarian and Turkish authorities organized for the first time a mass deportation of over 150 000 Turks. The study discusses the macro and micro framework of that migration flow in the light of the scientificanalytical approach of histoire croisée/entangled history. By means of it, the author analyses the “entangled” policies presented on the basis of Bulgarian, Turkish and other historical sources and compared to ethnographic fieldwork materials collected among the Bulgarian migrants in the city of Izmir. The study works out new issues and issues insufficiently examined of the written and oral history of the Turkish migrants related to the ideas of homeland, the influence of social and kin networks and the reconstruction of identity in the processes of migration, adaptation and integration.