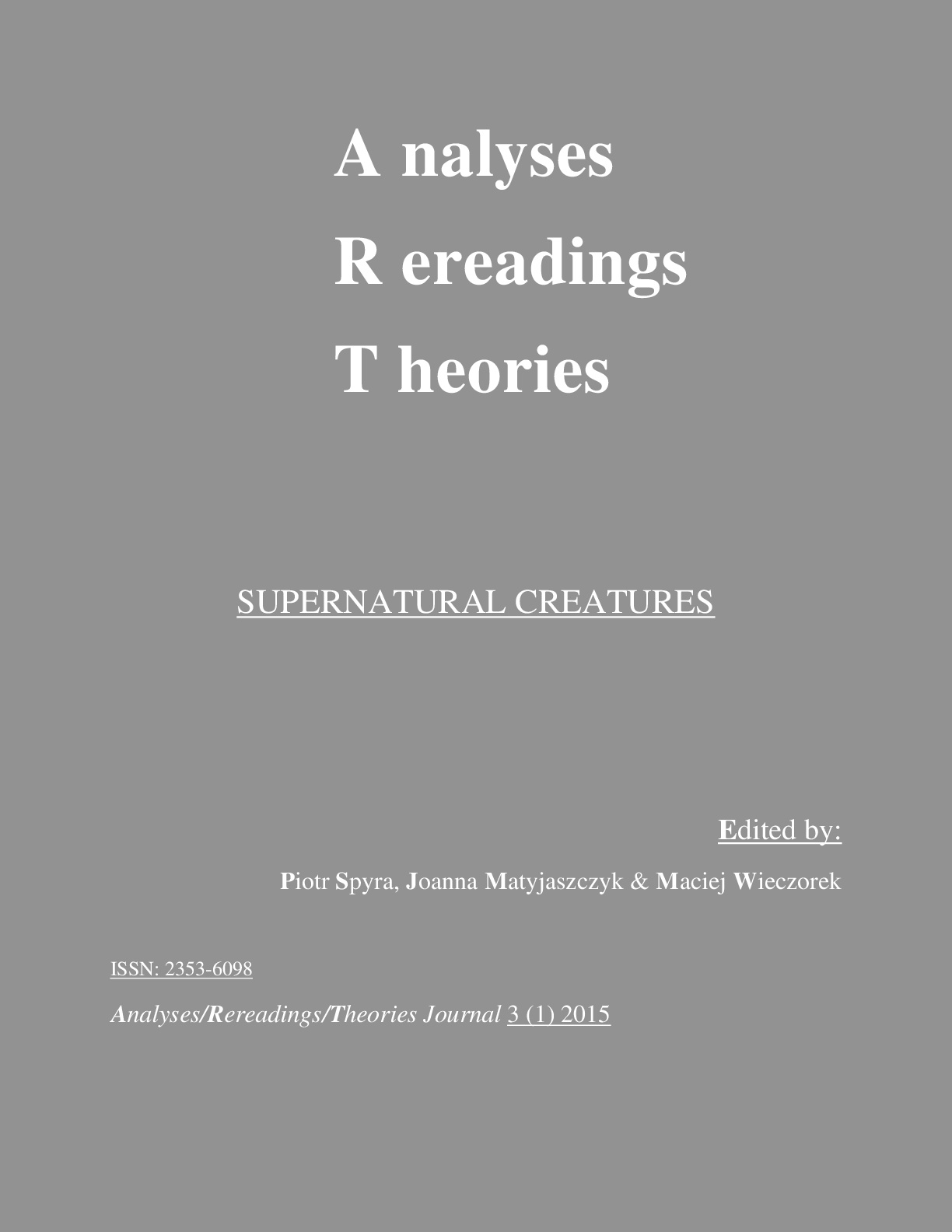 Summary/Abstract: Many postcolonial readings of fantasy fiction focus on exploring complicated relationships between different fantastic races that inhabit a certain secondary world. However, such studies often overlook interactions of these races with the supernatural animals and beasts that live alongside them. Fantasy narratives like Andrzej Sapkowski’s The Witcher Saga and George R. R. Martin’s A Song of Ice and Fire depict fantastic settings where the relationship between the inhabitants of the world and the supernatural creatures is just as important as the interracial relations because it is based on similar principles of interaction between the Familiar and the Other and can be used to characterize them. Therefore, this article will address the following issues: how the supernatural creatures are perceived in their respective secondary worlds; what attitude prevails in this perception; and why it prevails above other reactions.