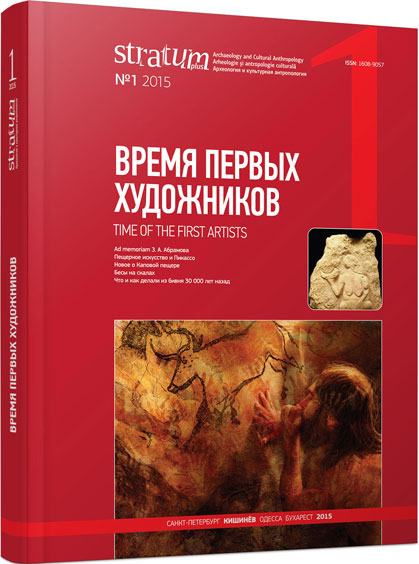 Summary/Abstract: Figurative and to a lesser extent geometric professional art is a tool in a struggle for social positions. Its existence suggests the development of social inequality at least on a community level. Societies with the institutionized hierarchy of sexes like those that are known for South America, Melanesia and southern Alaska must have at least a minimum level of social segregation. Considering similarity of rituals and of myths related to them these societies did not emerge independently but inherited their traditions from common source provisionally localized in East Asia where the rich coastal environment ca. 20,000 B. P. could support a dense enough population. Systematic and exclusive iconographic traits shared by ancient and recent cultures of the Indo-Pacific part of Asia, northern Pacifics and Nuclear America help to reconstruct basic features of the East Asian art at the dawn of the peopling of the New World. The dominant icon was a monster face related to cult of ancestors and the underworld. Indian Kīrtimukha, Ancient Chinese Taotie mask, Sisiutl monster of Northwest Coast of North America, many Olmec, Mayan and other Mesoamerican representations as well examples of the Central Andean art of 2500 BC — AD 1000 all reproduce similar model. Nothing like it is found in most of North American styles. This fact correlates with patterns of areal distribution of Eurasian parallels for American Indian folklore. South America is related to East and Southeast Asia and North America to Siberia.