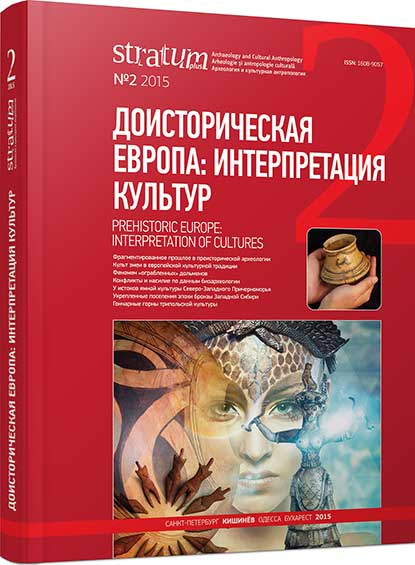 Summary/Abstract: Although in the Neolithic societies some types of lithic artefacts such as cores, axes and blades were manufactured where the raw material was available, the technology involved in the lithic production as well as, their scales, social conditions and cultural manifestations of the Neolithic are regionally variable. Therefore, a regional analysis of archaeological evidence of such lithic production represents a great scientific interest. This paper presents some results from the analysis of the Neolithic site Staritsa XVIII on the Severskiy Donets near Svyatogorsk town (Donetsk region, Ukraine).The site may have affiliations with smaller coeval sites: Minievsky Yar and Vydylykha workshops and Donetskoe Hoard. The authors propose that this Minievsky Yar group is related to the Donetsk culture, and the Para-Janislawice culture complex on the territory of Ukraine, Belarus and Baltic. The production of tranchet axes and adze by group Minievsky Yar was mostly produced and used on a local scale while the blade cores and blades were mostly intended for trade and exchange among communities in the Dnieper-Donets interfluve, which is located far away from the site. Scales and technological complexity of this production considerably differ from the classical examples known from Western, Central and Northern Europe as well as Poland and Belarus. Only during Chalcolithic in Donets Basin it is possible to observe more mature phase of specialized lithic artefacts for certain tool types.