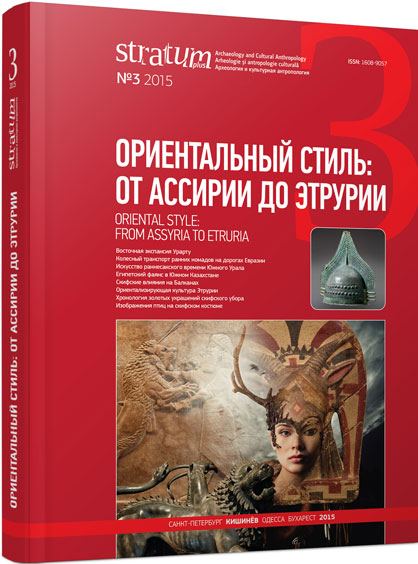 Summary/Abstract: The paper is devoted to interpretation of the images on the sarcophagus found in a plundered crypt near the city of Çan in 1998. The monument is dated by the beginning of the 4th century BC. Two polychrome reliefs with the images remained on it: 1) the scene of horse hunting of deer and boar; 2) battle scene (opposition of a pedestrian soldier in Greek clothes to a Persian rider and an infantryman). Probably, the owner of the coffin belonged to the highest Persian aristocracy, being a confidant of the satrap of Asia Minor and/or royal family. The meaning of the scenes represented on the coffin can be interpreted through a prism of Iranian ideas of kingliness.The scene of hunting on the coffin shows similarity to Xenophon’s story about the youth of Cyrus the Great. The second scene on the sarcophagus seems to display a “mythologized” story, yet this time not the one of Cyrus the Great, but his descendant’s — Cyrus the Young, the satrap of Asia Minor and the younger son of Darius ІІ. This “hellenized” Persian opposed his brother, Artaxerxes II, but died in the battle of Cunaxa in 401 BC. The motive for this opposition between the royal brothers, and the subsequent death of the younger one — the legitimate governor — is one of the fundamental motives of the Iranian Epos. Also noted is similarity of motives on the considered sarcophagus with the golden comb from Solokha Barrow.