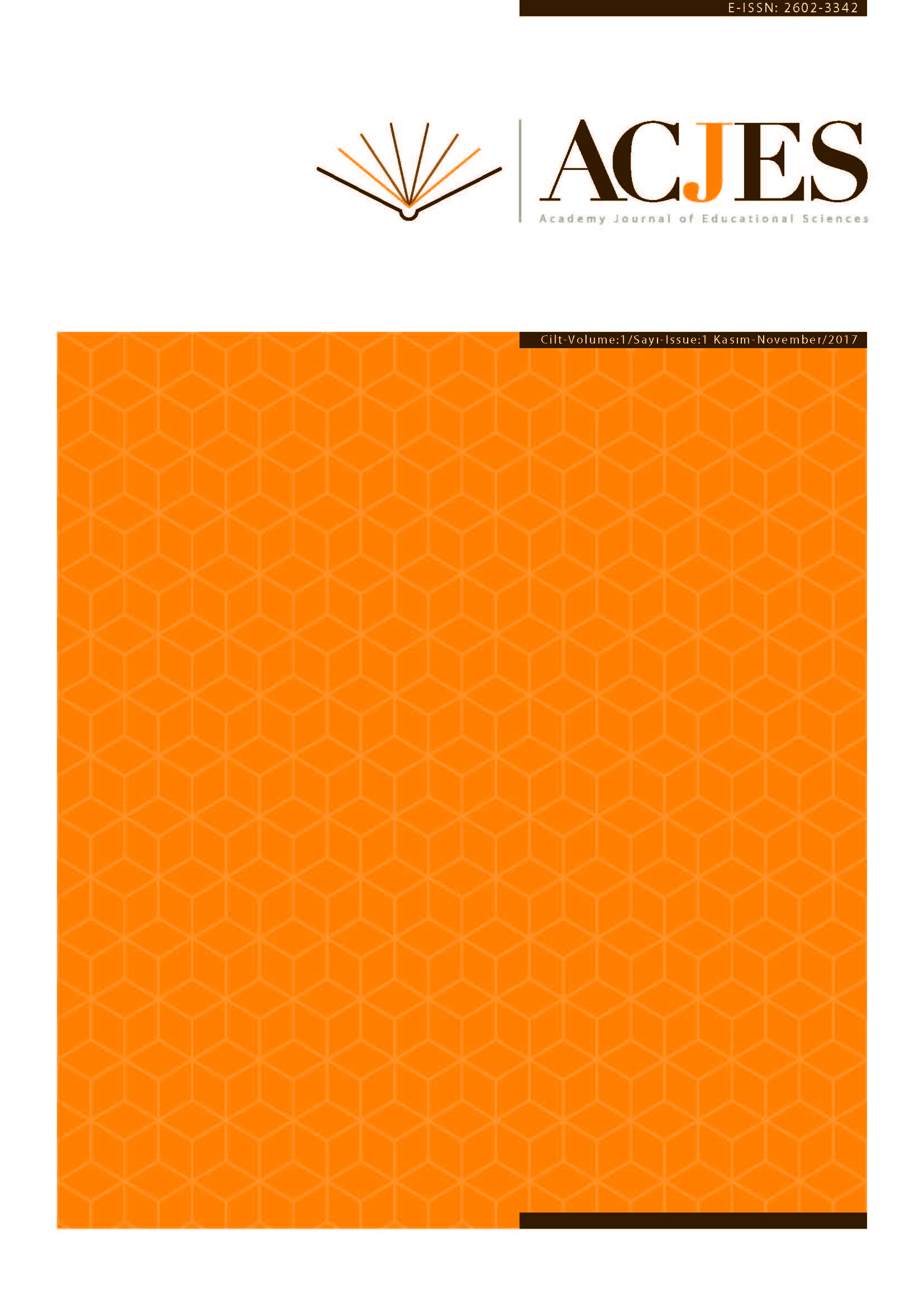 Summary/Abstract: The aim of this paper is to analyze of the effect of maths abilities of children at 6 ages to whom given maths by storyline method. Storyline method is create an environment by children using new information, old information and experience as well as gaining new knowledge and being active in this process, produce solutions to the problems. This study is a combined method in which qualitative and quantitive technics are used in company. 48-66 months old children, who are attending pre-school education in learning numbers, geometric shapes and pattern notion, the effect of storyline method are analyzed by the process pre-test, post-test semi experimental method and applications the qualititive section of the study was observed by observing the experimental group. In the research, children are aiming at learning levels of concepts related to numbers, Piaget number conservation test, geometric shape concepts, aimed at learning levels. The pattern test developed by the researcher was developed to measure the level of learning the geometric patterns developed by Aslan (2004) and the concept of pattern. As well as observation made during weekly activities conducted by the experiment group by the researcher were recorded in diary. The study was conducted with a total of 27 students. While the control group students were being trained with were being trained with the current program, the students in the experimental group received mathematics education prepared with a one day scarecard per week for 8 weeks. Mann whitney u test was used to compare the achievements of the control and experimental groups in the analysis of the quantitative data obtained in the research. Wilcoxon- marked sequence test es used to compare the pre- test and post-test achiecements of the control and experimental groups. Qualitative data obtained in the study were analyzed by descriptive analysis.A significant difference was found in favor of the analysis results obtained for the test group. In summary the mathematics educations given by the storyline method shows that the children have a positive influence increasing the mathematics achievement.