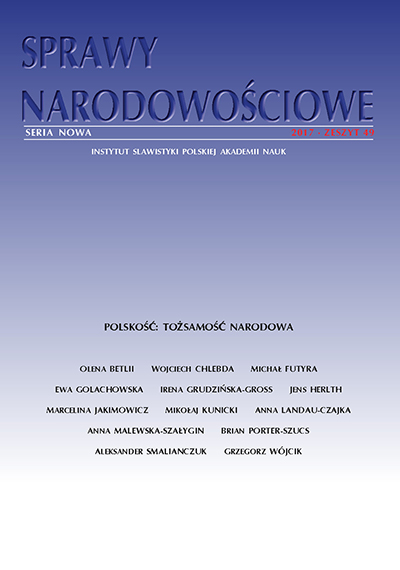 Summary/Abstract: Using archival sources, movie reviews, secondary sources and films, this article examines the cinema of Jerzy Passendorfer, the founding father of action movies genre in People’s Poland, but also the staunch supporter of Władysław Gomułka’s ‘Polish road to Socialism’ and General Mieczysław Moczar’s ultranationalist faction of the Partisans in the Polish United Workers’ Party. It demonstrates how Passendorfer’s blend of mainstream cinema and propaganda legitimized the party state and contributed to the construction of a new ethos, identity, and politics of history that enforced historical amnesia and syncretized past and present. It also argues that Passendorfer’s promotion of nationalist and authoritarian state ideology, militaristic patriotism and Polish-Soviet alliance, commissioned by the regime, sat well with mass audiences, precisely because of the use of popular genres adopted from the West and the quench for optimistic visions of nationhood. Although Passendorfer’s patriotic actions flicks faded away with the fall of Gomułka’s regime, they constitute a model, which can be still emulated.