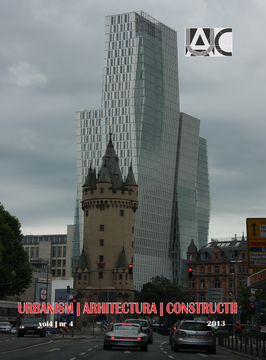 Summary/Abstract: Training and development of urban systems (US) is a main direction of territorial and regional development which requires multiple studies, including those of economic background. They should aim to highlight, on the one hand, the economic potential of geographical areas making up the urban system and secondly to assess development trends you need to focus their own resources and those that are to be attracted to getting a economic trend upward in that area. It is therefore very important a zonal configuration of the urban system by following the joint capitalization of existing human and material resources, including by building synergy effect to be achieved following the joint evolution of settlements in the US. Along with the development of US is required, from the economical point of view, to implement new forms of economic structures to directly potentate the development of the area through constant cooperation, innovation and transfer of know-how. Romania currently has seven major urban centers that were selected and were assigned the role of growth poles. There were also 13 designated urban growth poles, including Galati and Braila. Urban agglomeration formed by the two municipalities, located at a distance from each other of about 25 km, is the second largest in the country after Bucharest. There is currently underway specialized documentation to achieve an optimal configuration for US Galati-Braila. From the economic point of view in the respective area can be implemented new development structures of cluster (Porter, M.E.,2000) type aimed at achieving the competitiveness poles and which will constitute the true engine of economic development. These two new structures of economic development are characterized by the fact that they allow and provide the necessary conditions to attract the systems and modern technologies to build local innovation systems that can be integrated into similar systems at regional and even national level. It is there a cluster effect that properly harnessed in an US could allow achieving a significant economic growth in the area.