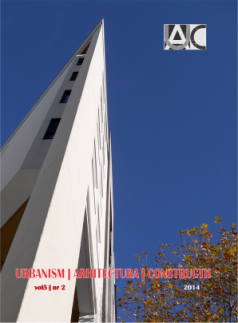 Summary/Abstract: The objective of this paper is to identify the critical areas regarding land use changes in the Brasov Metropolitan area. In order to achieve this, a comparison of built surfaces between the 1981 Topographical Map of Romania and the 2005 and 2011 satellite images of the metropolitan area was realized. The data regarding the increase of built surfaces and the decline in natural and agricultural land, obtained through GIS techniques, has been used as an indicator of environmental impact, along with statistical data such as number of dwellings dynamic or increase in population. The results show a significant increase in built area, especially along the main national roads that enter the city of Brasov. While many residential projects have been realized in the area (especially in the municipalities situated north of Brasov), there are also new industrial parks and commercial facilities which have drastically changed the landscape, leading to environmental quality degradation. In the end, the environmental impact assessment can serve as a basis for drawing policies which should be applied in order to control urban sprawl in the future and reduce its negative environmental effects.