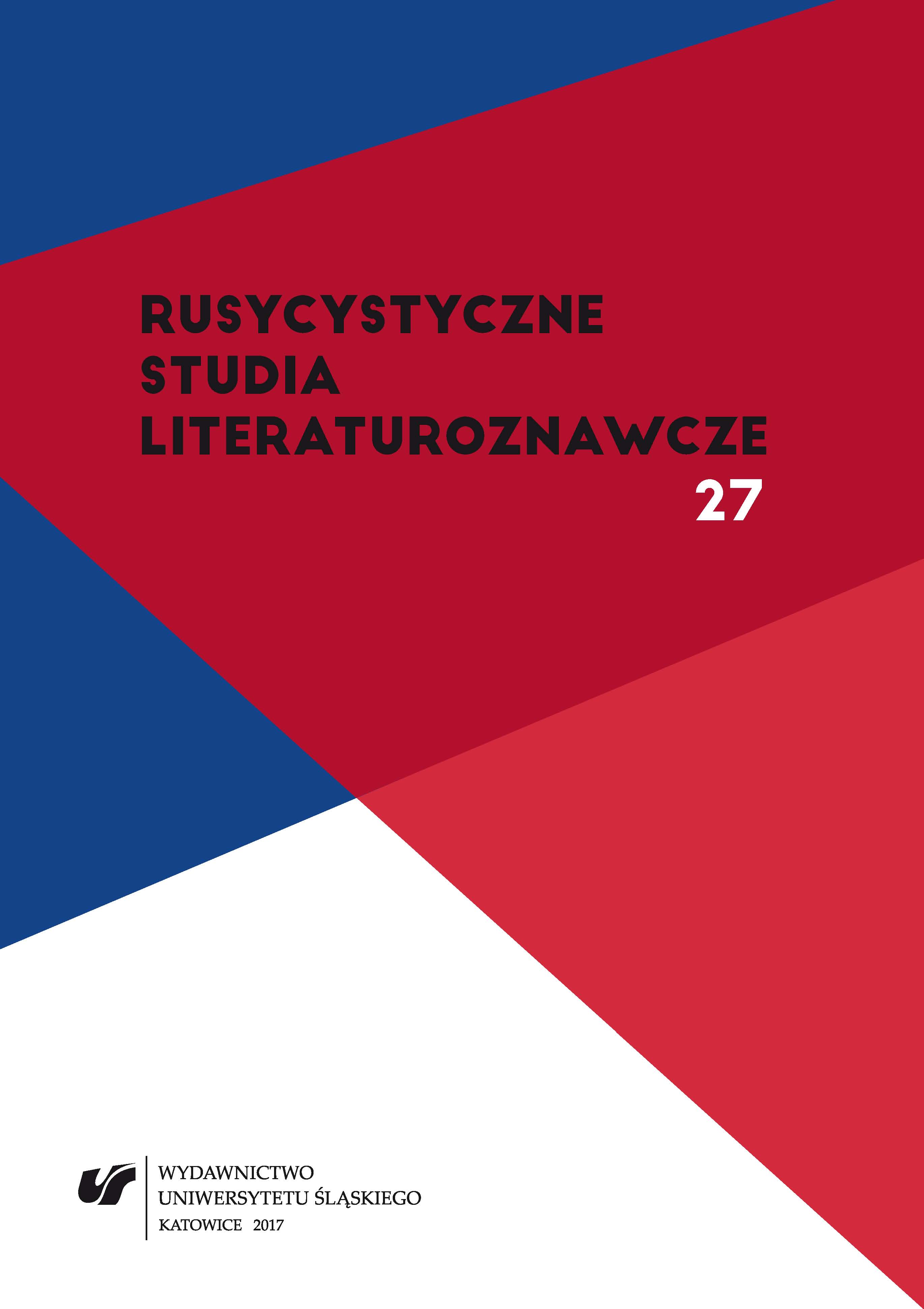 Summary/Abstract: This article examines Anton Chekhov’s short story (Quag)mire (Тина, 1886), which gave rise to a great deal of controversy among contemporaneous critics and authors. Some of their commentaries were pejorative, in spite of the fact that Chekhov himself regarded the story as successful. Since the critics frequently referred to the reader’s thoughts and feelings, the article proposes to analyse the story by virtue of cognitively-inspired literary methodology, with emphasis laid on (cognitive) empathy. Particularly useful is also the Deictic Shift Theory, which involves the reader’s engagement in the tracing of “relocated” deictic centres, as well as the Conceptual Metaphor Theory. Accordingly, Kowalczyk argues, debauchery is a mire can be considered the story’s central conceptual metaphor, while the story’s title, Тина (Tina), literally a (quag)mire, provides a key to its interpretation. In the story, told by the third-person narrator, the reader empathically identifies her/himself with Alexandr Sokolsky, a Russian officer, as if “entering” the deictic field created “around” him. Together with the protagonist, the reader — via a sequence of consecutive deictic shifts — is empathetically familiarized with Susanna, a Russified Jewish woman. Through several actions and utterances, Susanna attempts to question the negative stereotype of a Jew, commonplace in Russia, but fails. Arguably, the reader’s evoking the biblical story of the genuinely virtuous Susanna, implied in Chekhov’s text, entails her/his negative perception of Chekhov’s fictional female. This cultural undercurrent may be deemed responsible for the story’s unfavourable reception by Jewish readers, who interpreted Тина (Tina) in terms of a literary attack on their society. In light of the cognitive-literary approach delineated above, Chekhov’s story in question indeed proves to be anti-semitic.