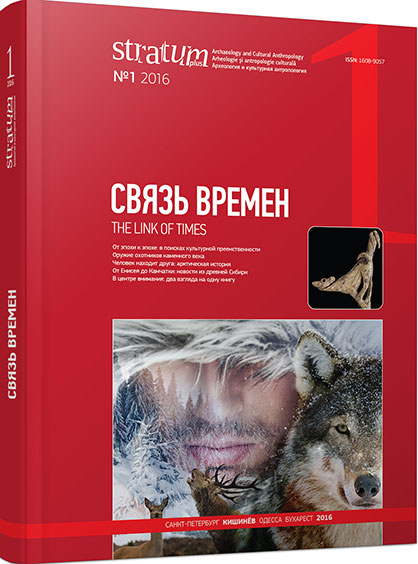 Summary/Abstract: The paper deals with the results of the petrographic analysis of specimens of chipped stone from the Late Palaeolithic site of Kuibyshevo 2 located in the Dzhebash River valley, the Upper Abakan drainage area. The uniqueness of the site consists in its being the first (and as yet the only) large Palaeolithic workshop located near the sources of stone raw material, that has been discovered on the Yenisei. The site is under study since 2010. Field explorations revealed that the prehistoric inhabitants of the site obtained most of their stone raw material from the closest quartzite outcrops situated at a distance of 1 km from Kuibyshevo 2. Moreover, some stones were brought from the river bench gravels, while jasper-like rocks, which are represented almost exclusively by finished tools, were transported from the Abakan River valley.