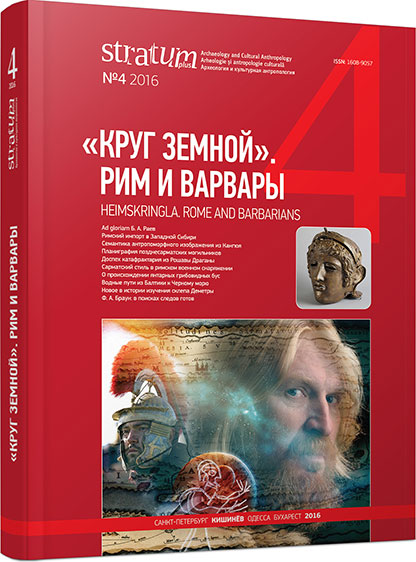 Summary/Abstract: The amber 8-shaped pendants of the Roman time are widely spread in the European Barbaricum, including South Eastern Europe and the territory of the Roman Empire. They are thought to have been brought to the South-Eastern Europe by the Germans, during the migration of the Goths and their allies from Central Europe to the Black Sea. But the earliest finds of these beads are not known in Central Europe, while they are found in the Crimea and, probably, in Dagestan. We can assume that the pendants of the Adriatic Aquileian production served as prototypes of these Pontus-Caucasian items. Most likely from the Adriatic fashionable jewelery seem to have reached the barbarians of the Pontus and Caucasus, and not only. Some prototypes of amber jewelry, which were imitated by the barbarians, including the amber 8-shaped pendants, could come from Aquileia to the Central European Barbaricum by the Amber Road.