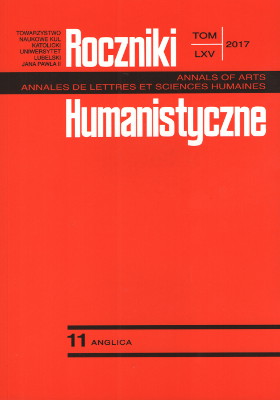 Summary/Abstract: We apply the notions of analysability and compositionality (as proposed by Langacker 1987; 1991; 2000a; 2000b; 2008) to the study of wordplay. Our claim is that some instances of such creative use of language require to “decompose” non-compositional units, i.e. render non-composite structures composite so that they can be thought of as being assembled from their components in accordance with regular compositional principles. This sort of decomposition allows for alternative composite arrangements (catalogue—cat-alogue, insects—in-sects, penguin—pen-guin, etc.) to emerge. It must be highlighted that the reader comprehends the conventional meaning in the first place and it is only then that the context of the usage-event forces a plausible re-interpretation.What is more, it appears that the notion of analysability can be also applied to wordplay based on idiomatic language (Gibbs 2010). It commonly involves some underlying conceptual metaphor and metonymy as its motivational force, hence this sort of language may be conceptualized on two planes, a virtual one and an actual one, where the profile shift between the two (when placed in the context suiting both planes) may foster wordplay.Finally, since the values of analysability/compositionality are of a gradable character, it is possible to establish the A/C hierarchy for wordplay, which starts with bigger chunks of language set in context, i.e. discourse units, and goes through sentence and phrasal units, down to compounds and blends etc. Consequently, it seems plausible to represent analysability/compositionality of wordplay as a similar sort of continuum.