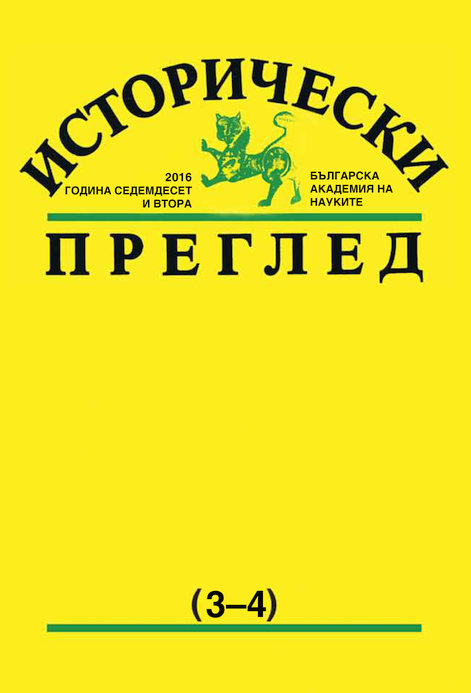 Summary/Abstract: The article deals with the diplomatic representation of Bulgaria in Russia in the late nineteenth and early twentieth century. At the centre of the study is the figure of Dr. Dimitar Stanchov, the first diplomatic agent of the Bulgarian Knyaz (ruling prince) in Petersburg. The main points of the bilateral relations are presented through the prism of his personal activity: the signing of the commercial contracts in 1897 and 1905, the regulation of the emigrant question for the Bulgarian officers (1898), the convergence between the tsar’s and the royal prince’s families. By virtue of his position not only as a Bulgarian diplomat but also as a personal confidant of Knyaz Ferdinand, Dr. Dimitar Stanchov also participated in important multilateral international forums such as the First Hague Peace Conference (1899) or the signing of the protocol for taking administrative measures against anarchists (1904).