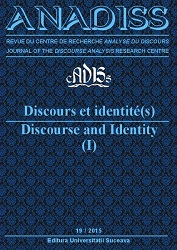 Summary/Abstract: The autobiographic novel has always represented a paradox: on one hand it reveals objective details regarding the protagonists, the fictional masks of more or less historical figures; on the other hand it remains only partly approachable for the reader, for whom the full understanding of the coded message of the text is impossible. The same case applies also in the autobiographical novel Malina written by the Austrian author Ingeborg Bachmann, novel which appears from the very beginning to be written under the sign of subjectivity and in the tragic context of the period after Celan’s death. Hence, the author’s novel is received originally as a literary reaction to the poet’s act of suicide, being nevertheless a reaction still embedded with affection for the deceased poet. The controversial relationship between the two was full of intense periods of passion as well as with emotional downfalls, and continued in this manner for almost twenty years. For that manner, in Malina and especially in the inserted story The Secrets of the Princess of Kagran, there are noticeable clues which remind of Celan’s personal history and of his personality: the details regarding the magic appearance of „the stranger” who is supposed to belong to an ancient and misterious lineage, veiled in a long, black cloak, as well as his placement in different harsh circumstances specific to the nazi torture locations give the reader a solid insight about the true destiny of the poet and Holocaust survivor Paul Celan.