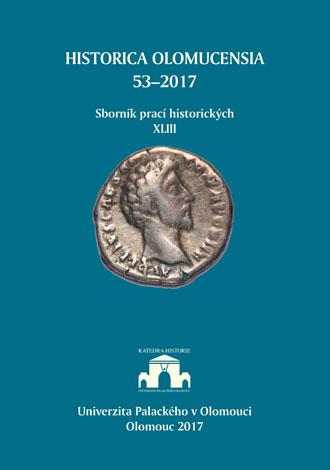 Summary/Abstract: This study deals with the analysis and comparison of the struggle for women’s suffrage in the United Kingdom and the Czech lands in the years 1848–1920, more precisely in 1928 (the timeline reflects the adoption of the universal suffrage bill for women aged 21 years). It analyses the history of both movements since their factual beginnings in the 50s of the 19th century, through a gradual shift towards political activities, to a fundamental division due to diametrically opposite course (in the UK related to the activities of militant Women’s Social and Political Union, founded in 1903). The study mentions their most important representatives and through detailed analysis of the phenomenon of hunger strikes reflects subversive activities of suffragettes, as in this context illustrates the procedures of British judicial, governmental and medical components. The contribution also aims to answer the questions to what extent the direction of the British and Czech emancipation movement differed from each other, what was the reason for mutual differentiation and if there was cooperation despite these differences.