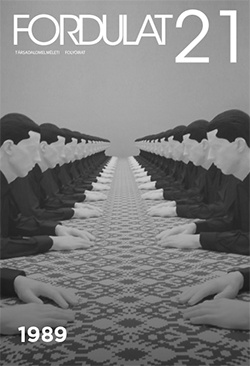 Summary/Abstract: The following paper examines the influence of the Soros Foundation over the internal and external relations of the Hungarian art field form 1984 to 1989. More specifically, it investigates the forms and directions of fine art subsidization and their political and ideological contexts. The activities performed by the Soros Foundation in the second half of the 1980s can be seen as part of a regime change within the artistic scene. In their struggle for cultural hegemony various actors related to the Foundation were able to strengthen their counter-hegemonic artistic practices. Opposing the late socialist artistic hegemony of the Kádár regime, this also was the period when „contemporary” art appeared in Hungary for the first time. As a result, Hungarian art had been put into context with the Western art world: new dependencies were formed, within which Hungarian and Eastern European art found itself in a peripheral position. An important consequence of this was that Eastern European artists became forced to continually demonstrate their Europeanness both internally and externally.