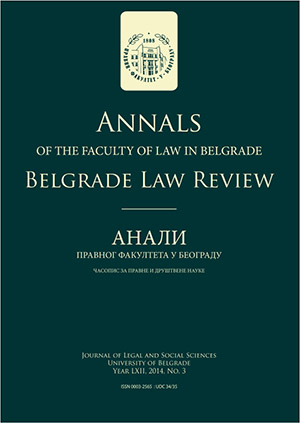 Summary/Abstract: This article discusses various issues that emerge as a consequence of constitutional pluralism existing in federal states. Particular attention is dedicated to the relationship between constitutions of federal units and federal constitutions and laws. As a consequence of two coexisting legal systems in a federation, there are as many as six categories of general acts – a constitution, laws and bylaws of the federation, on the one hand, and constitutions, laws and bylaws of federal units, on the other. It is necessary that so many categories of legal acts are in harmony with each other, and this can be ensured only by means of judicial (constitutional) review. Two of the globally most recognized and most representative models of conformity control among different categories of legislative acts – German and American – have been presented. Finally, an attempt has been made to emphasize the importance of such control and the challenges that it may face in the future.