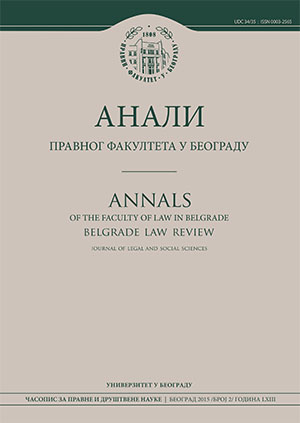 Summary/Abstract: The paper analyses the influence of the trial against a leading Serbian spiritual elder on Mount Athos, Damaskin of Chilandar, on the inter- Orthodox relations in the mid-17th century. Greek Athonite elders tried Damaskin for his practicing of the Russian pre-Nicоne rite, whose main characteristic was making the sign of the Cross with two fingers. The details of this trial, in which Russian theological books were burnt and the Russian pre-Nicоne rite was pronounced a heresy, was reported by a Russian diplomat Arseny Sukhanov in his writing Прения с греками о вере. The Athonite trial led to the serious dispute between Sukhanov and the members of the delegation of Paisios, the Patriarch of Jerusalem, in Trgovište, in 1650. The basis of the dispute were the differences between Greek and Russian rites. In the meantime, as the certain pro-Greek changes were introduced regarding the ritual issue in Moscow, at the time of the Patriarch Nicon, „the case of Damaskin the Serb“ became a part of the arguments of the Old Believers opposition.