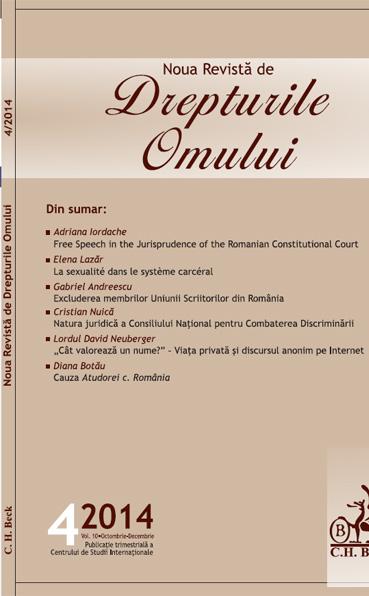 Summary/Abstract: If lawyers and judges working in the same field of constitutional thickets, journalists occupy a different territory. At least in the past, judges tended to regard journalists as people willing to take an imprudent remark or observation which could be considered out of context, as sensational; journalists, however, looked to judges as to some infatuated and unapproachable individuals. The mutual suspicion that judges and journalists have maintained relied to some extent on the nature of the error in the assessment of the role of each of them. Although their roles vary widely, they share a particularly important function, namely to excoriate the power, especially the government. Sir Brian Leveson established the press privileges as follows: "A free press is able to perform valuable functions that individual free communication could not provide. It is a consequence of the position of the press as an institution of power capable of standing up and speaking the truth in the face of power" In an era of Internet, media institutions do not have a monopoly on telling the truth in the face of the power. What is clear is that the internet user’s rights must be firmly protected under certain conditions. The Internet offers new frontiers for public discourse, and the way the law protects both privacy and freedom of expression requires careful consideration in this context. Analogies with traditional print journalism may prove unnecessary, and distinctions between public and private discourse will prove difficult to maintain in a context where such differences are often vague. There is a context in which the rights established in art. 8 are of fundamental importance. The right must reflect the importance of protecting this new platform of expression, while recognizing the need to determine the duties and responsibilities of those who exercise these vital rights.