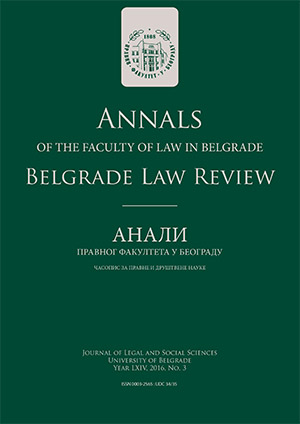 Summary/Abstract: Implementation of the “Checks and balances” principle as one of the milestones in modern democracies, demonstrates its full complexity when it comes to balancing guaranties of judicial independence and the need to prevent misinterpretation or abuse of the rights. Additional issue in that process is determination of the border line between constitutional and guaranties of judicial independence prescribed by law. Raising that issue opens various questions which go beyond the legal framework itself. It actually tackles the historical, political and cultural country background. Furthermore, if analyzed from the prospective of the requirements defined in the accession negotiation process with the EU, constitutional guaranties of judicial independence become division criteria that challenge the idea of EU standards’ existence and their unselective application as an accession benchmark. Furthermore, lack of clear and objective criteria of (non)application of the EU standards might demotivate candidate countries in their efforts to achieve substantial reform results.