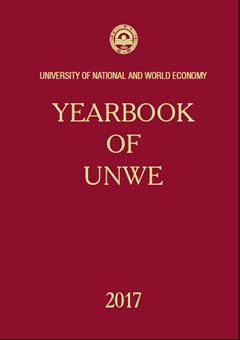 Summary/Abstract: This paper examines the macroeconomic imbalances in the euro area countries in comparison with the non-euro area countries based on the set of indicators in the Scoreboard that is part of the Macroeconomic Imbalance Procedure (MIP), introduced in 2011. While the aim of the new alert mechanism is to identify potential risks, this study goes further in measuring the level of risks by the scope of the deviation from the established thresholds. For this purpose, an Integral Macroeconomic Imbalance Indicator (IMII) is constructed. It serves for comparing the level of imbalances between the countries in preand post- crisis period. The composed IMII indicates a tangible reduction in the scale of imbalances as compared to the pre-crisis period but the divergence between the countries enlarges. The results undermine the assumptions that the countries in the euro area will show fewer imbalances as compared to the countries outside of the monetary union. Based on the dynamics of IMII it could be assumed that maintaining the macroeconomic framework within the thresholds is necessary but not sufficient to prevent future crisis. The results further question the ability of the alert mechanism to identify the sources of a future crisis.