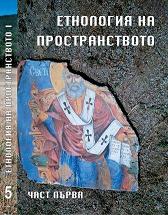 Summary/Abstract: The specific character of the knowledge of treasure, its being multipolar and multilayer define and confirm the chronotopic version of treasure. The bigger part of this knowledge is recreated under the guise of a legend – a legend about a treasure, which functions as a kernel in the folklore history. In view of the fact that there is a close correlation between treasure and ethnic identity, in the folklore knowledge exists a specific option to transform the “space” to “one’s own space” by marking it with treasure. The one and the only way for doing it is through organization of space in one’s own model, which includes the general features of cosmos into the mythological notion and the culture of the ethnos. This is a process of drawing the line, marking off. This is also a process of inner partition and marking /naming/ the most important objects, semiotisized and semantisized in their function as macro toponyms. They also play the role of peculiar mediators between the common ethnic and the regional space and they do play this role as treasure markers of one’s own space.