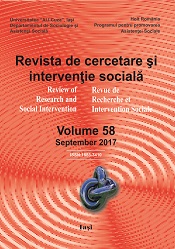 Summary/Abstract: Nowadays there is global concern regarding the connection between alcohol consumption and aggressive behavior among young individuals. The aim of the present study is to examine if there is a direct link between increased alcohol intake and increased aggression among Romanian students. On a sample comprised of 772 Romanian students, were measured socio-demographic and economic data, information about family environment, assessment of health risk behavior and the level of aggression using Buss-Perry Aggression Questionnaire (BPAQ). The Chi square test (χ2), Goodman and Kruskal's gamma test, and multinomial logistic regression were used for statistical analysis, which led to proving the existence of a direct association between aggression and patterns and frequency of drinking. Patterns of drinking are significantly influenced by gender, smoking, time spent in clubs and restaurants, and physical abuse by parents during childhood. Alcohol abuse represents a factor more specific to men, influenced by low parental control and domestic violence. Social-cultural life led to benefits over level of aggressive behavior. For population of the Romanian students analyzed, the alcohol intake and level of aggression are directly connected.