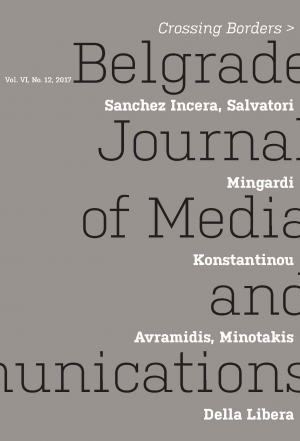 The case of the Ert’s news bulletins in Arabic

Summary/Abstract: The very term “refugee crisis” is a construct of the media that does not correspond to a specific scientific terminology, as we are led to believe. In an attempt to connect the media representations with their political corollaries, we will examine the news bulletins in Arabic, broadcast by the ERT, the Greek public television. We maintain that, despite their emancipatory potentials, the news bulletins in Arabic constitute a new mode of subordinating the refugees to policies that undermine their basic rights, while infantilizing them.