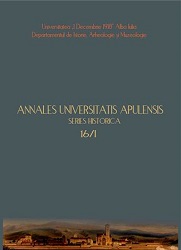 Summary/Abstract: This paper addresses the issue of reforming the College of Cardinals as one specific aspect of the call to reform the early-modern Catholic Church that Paolo Giustiniani and Pietro Querini addressed in a Libellus to Pope Leo X in 1513. According to the two Camaldolese reformers, the failure of individuals within various ranks of the Church to pursue their duties with all due moral and legal attention was leading to decadence within the Church, resulting in decadence and a lack of justice within society as a whole. Their Libellus aimed to provide the Pope with the instruments needed for the religious and economic reform of the powerful institution of the College of Cardinals, proposed as one step towards a more comprehensive – and eventually only theoretical – plan for Church reform. Both the excesses and the potential of the Renaissance Church are at the core of Querini and Giustiniani’s proposals; they argued that by resolving the former, the Church would be able to draw upon its strengths to become a more perfect instrument for bringing morality to the world.

A kétely kezdetei: A milánói ferences obszervancia és a boszorkányság a 15–16. század fordulóján Views of Witchcraft: The Origins of Scepticism in the Milanese Franciscan Observant Milieu (1498-1505) 2014 Civilizations of the Supernatural Civilizations of the Supernatural 2020
2022 © CEEOL. ALL Rights Reserved. Privacy Policy | Terms & Conditions of use
ICB - InterConsult Bulgaria ver.1.7.1201