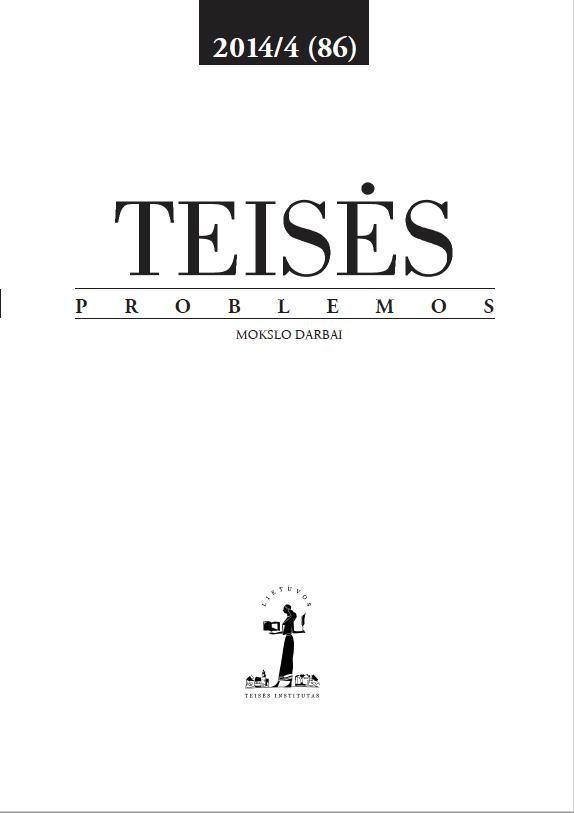 Summary/Abstract: Lithuania like other European countries is experiencing demographic process of aging. The situation when the older population is growing and outnumbers the younger population strongly influences, among other things, the labour market. The necessity to overcome the negative effects posed by the aging process, particularly by ensuring wide and active participation of older people in the labour market, is determined not only at the national but also at the European and international levels. Therefore the aim of this article is the formation and reflection of the legal discourse of aging in international and European legal sources, identifying the legal measures, used to eliminate or at least mitigate the threats of the aging population to the stability of the labour market.The conducted analysis shows that at the international and European Union levels the problem of an aging population was matured and fell into a political agenda at the similar time i.e. in the period between 1970 and 1980. However, the labour market problems caused by the aging population are solved not in the same way. The documents by the United Nations, the International Labour Organization and the Council of Europe, enacted to solve this problem, do not directly create binding obligations and leave the decision making and implementation for national legislators. Meanwhile the impact of aging on the legal policy of the European Union has evolved. If at the first phase (1957-1997 m.) it was also limited by declarations, then after the Amsterdam Treaty European Union competences has been enlarged and this shift has led to the establishment of the compulsory legal rules for Member States. On the other hand existing EU legal rules allow Member States a wide discretion to carry out the policy of the aging by their own selected means. Over the time the content of the aging regulation has also evolved: from the protection of elderly that long dominated in the discussions of aging, the focus has shifted to the emphasis of intergenerational solidarity and prohibition of the age discrimination.