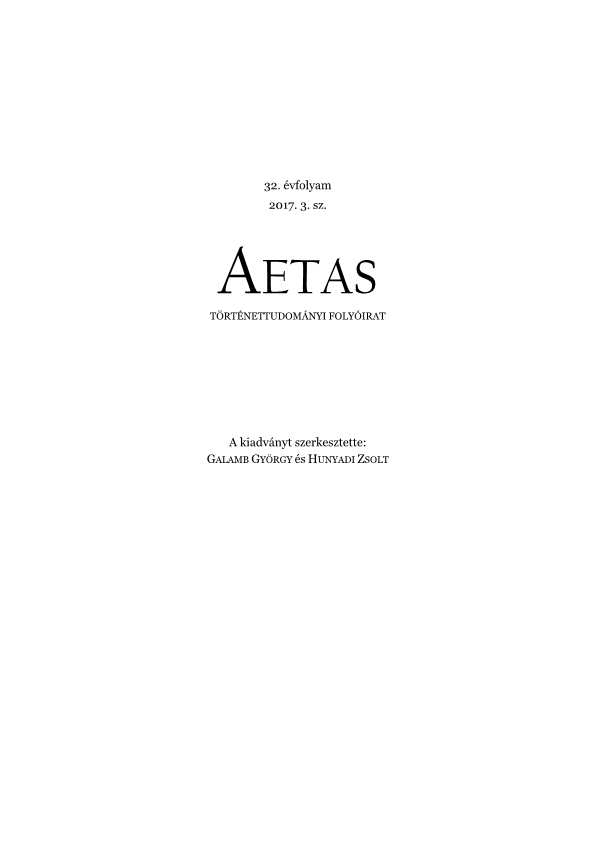 Az Árpádok trónöröklési rendje a 10–12. században
The order of succession in the Árpád dinasty between the 10th and 12th centuries

Summary/Abstract: This paper aims to examine the Árpád dynasty’s order of succession between the 10th and 12th centuries, which has been a topic of debates for a long time. There are clear signs of an order of succession in the 10th century in which different branches descendant from the sons of Árpád followed one another in the position of supreme authority. Our sources are not sufficient for the examination of the stability of this system and Géza’s rise to power, who followed Taksony as his son. Stephen I’s desire to introduce primogeniture is clearly demonstrable, as it constituted an integral part of his new state structure. With Andrew I’s ascension to the throne, the old order of succession, in which the heir was the brother of the former ruler or came from another branch of the family, seems to have returned. It is unclear whether the division of the country between Vazul’s sons had any links to the duchies during the reign of Géza, or the Gyula’s regnum in Transylvania. It is possible that these conventions could become parts of the feudal state structure due to the contemporary Czech and Polish examples. Coloman was the first after Andrew to name his son as his heir. The background of this decision is uncertain, it is possible that its only reason was the impatience and rebelling of Álmos, who was originally considered to be his heir. The Álmos branch kings’ strong intention to introduce Christian primogeniture was most likely motivated by their irresolvable emotional opposition to the Coloman branch, which resulted in their abandonment of the ancient custom. However, respect for the previous order also survived in the Álmos branch. Seniority or successio gradualis, which appeared as an ancient law as opposed to primogeniture, which was the common order of succession in Christian monarchies, can be traced back to the succession customs of the 10th century Árpáds.