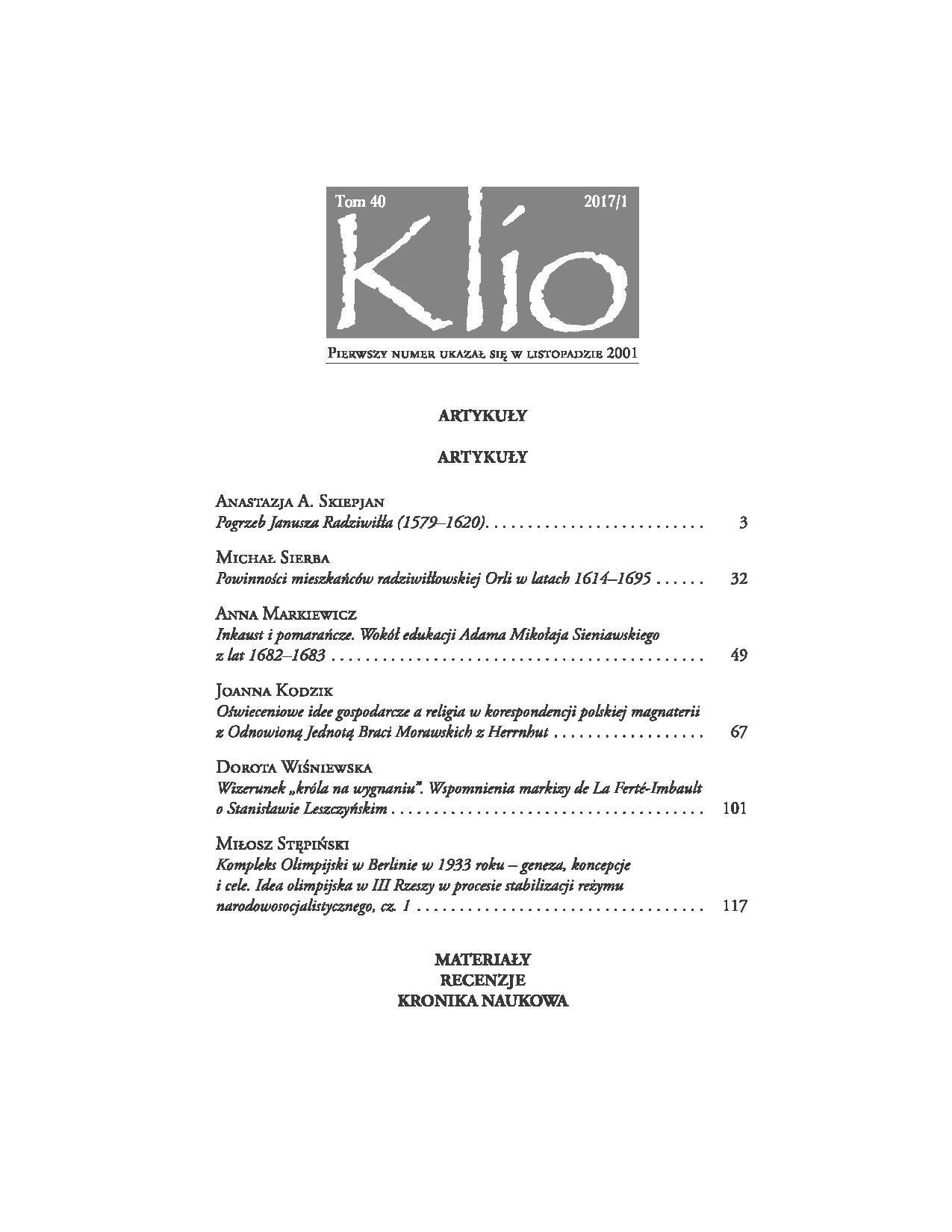 Summary/Abstract: JanuszRadziwill (21 VII 1579—7 XI 1620), the castellan of Vilnia, еlder son of Krzysztof Radziwiłł nicknamed “Piorun” was a famous person in the Polish–Lithuanian Commonwealth. His political and military career from the beginning has encountered the obstacles made by the king and the regalists in the person of Jan Karol Chodkiewicz. Abandoned of the opportunity to hold senators position, he focused on the activities if the Sejm and the defense of dissidents. The Polish-Swedish War, and later the “Zebrzydowski’s rokosz” (1607-1608), brought him the reputation of a victorious leader. Analysis of literary works and works of art showed that the oldest son of Radziwiłł nicknamed “Piorun” represented himself as a leader in defense of the faith and interests of his Fatherland. His death had a great resonance in society, as witnessed by numerous occasional works, written by writers and preachers, associated with Radziwill lines of the Birże. The report from the funeral of the castellan of Vilnia broadens the group of sources concerning the funeral ceremony of Janusz Radziwill. We pay attention on the unknown aspects of the act of Janusz Radziwill’s funeral, which took place on February 12-16 1621, and on his image in contemporary society. Janusz Radziwill’s funeral was a a classical example of the pompa funebris of the Sarmatian military commander. At the funeral ceremonies are characteristic features such as the presence of castrum dolores, coffin portrait, funeral flags, panegyric sermons. The burial ceremony combined bilingual religious ceremonies, military parades (or even the triumphal procession, but without war loot), throwing and crushing copies, spears that were characteristic of honoring military dead. Comparison of the funerals of Krzysztof Radziwill, nicknamed “Piorun”, and his son shows that they were acting to a similar scenario with a funeral home characteristic for this house.