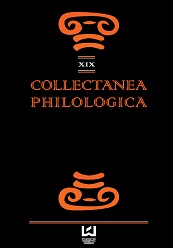 Summary/Abstract: Ancient myths from the Mediterranean Culture often become a language used to express current social and political anxieties. In the contemporary theatre ancient myths are deconstructed and subverted according to the postmodern dialogue with tradition. Aesthetic changes are accompanied by the ideological modifications. This obviously crisis position of myth is associated with the method of de-contextualization when a mythical plot or just a mythical character is involved in the (post)modern political background. This paper is to analyse three theatre productions from Polish theatre (Iphigenia by Antonina Grzegorzewska, 2008; Oresteia by Michał Zadara, 2010; Antigone by Marcin Liber, 2013) which adapt the most political ancient myths of Atreides and Labdacides’ families. Authors will present the ancient literary context of these myths (Sophocles, Euripides, Aeschylus) and compare it with the contemporary stage adaptations. Political issues which will be discussed concern 1) global terrorism threat; 2) communism; 3) political usage of dead heroes and enemies – post-memory; 4) wars in Iraq and Afghanistan; 5) Nazi genocide; 6) media management of death.All these current problems constitute a deconstructed background for ancient myths and authors will consider whether this procedure creates an empty mythical mask for performance or, conversely, it enriches a source meaning of ancient myth.