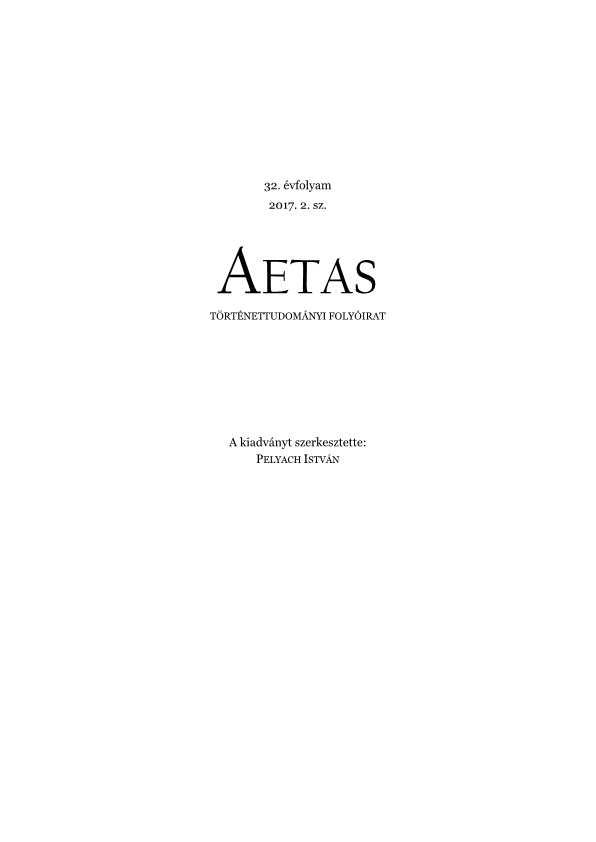 Summary/Abstract: There have been several papers written on the views of the pre-1848 Hungarian reformed opposition party, the Centralists, about the introduction of the parliamentary constitutional system and, to this end, the limitation of the role of the counties. However, a detailed analysis of their ideas to introduce local governments on the village (község) level has not been performed yet. In this respect, the analysts restrict themselves to summarizing Antal Csengery’s article series, considering its content typical of the entire movement and clearly pioneering. By re-reading and collating the centralist authors’ relevant texts, the paper examines their views on the status as well as the administrative and municipal role of villages. On the other hand, it collides the picture we get from these texts with the views of the majority of the reformed opposition as expressed in parliamentary speeches and documents. It was mostly when they were criticizing the county system that the Centralists touched the question of villages, which they regarded as secondary to parliamentary constitutionalism. They failed to make their views related to local governments, and especially to their sphere of authority and their role as a mediator of state administration, clear or to come up with a unified opinion about these matters. It was only Antal Csengery who published a detailed concept, which differs in many ways from that of other Centralists, but mostly agrees with the content and direction of the parliamentary bills proposed in 1844 by the majority of the reformed opposition. But the Centralists were more open proponents of equity, which for them meant the abolition of the isolation of the noble estate and their incorporation into the village. Due to tactical reasons, this was less emphasized by the reformed majority. In this respect, the Centralists dared to represent views hardly acceptable in an estate system, and thus they contributed to making the public more receptive to liberal views.